..or why using them is still a good idea⚓

These packages actually forms stable Linux distribution because they are tested altogether. Especially Debian has great CI infrastructure where packaged software can be tested in case of dependency update.

As an example, let’s take Python application which doesn’t have much dependencies and generate dependency graph:

As you can see, you never deliver just application, you always deliver at least some dependencies, dependencies of dependencies and so on, including essential C libraries (eg. libssl in this example).

If anyone tells you that Docker is only about installing and running single application and base distribution doesn’t matter.. don’t belive it as he’s only another naive utopist :-)

At the moment there’s 860 packages in Debian repositories which directly depends on libssl and 404 packages which depends on python-requests.

And distribution maintainers and developers are here to ensure that update of libraries like python-requests or libssl won’t break anything. Beside of that they are taking care of distribution purity, ensuring that every package has documentation, every binary has a man page, that copyright and license file is in place and that user understands what he is going to install. Again, especially Debian is very strict on this and has great set of pedantic tests to ensure everything is correct. Check resources at https://qa.debian.org, especially https://lintian.debian.org if you don’t belive me :-)

Now to the bad things..

Then came docker with tooling and essential thoughts about container management:

This application focus brings many advantages over VM world:

The biggest deal (beside of orchestration of containers deployment which can be solved by tools like Kubernetes, Docker Swarm, etc.) which we are going to talk about is creation of Docker images.

Most Dockerfiles are similar to shell scripts, with structure like this:

Does it remind you something? Déjà vu or maybe some scary memories of childhood? Didn’t we already solve this once using configuration management.. SaltStack, Puppet, Ansible? Why are we going to make a step backward to shell scripts?

Fortunately it’s possible to do this using your existing configuration management, see for example docker-salt project but back to our topic.

That way, developers can create docker images easily, in similar manner they are using for example Python’s virtualenvs for local development. They can install anything, any version in any way, no restrictions. A dev’s paradise. And they can upload final image so anyone can download and use it and it will work just in the same way.

But experienced sysadmin will surely ask some questions:

And surely he will never deploy image from public dockerhub into production to avoid ending up like when Hitler uses Docker :-)

But fortunately there’s a solution - let Docker be revolutionary for developer use but take it evolutionary for production. Keep using distribution packages and just extend your workflows and repository management to cover build of docker images.

It will bring following advantages:

So my advice is to have Repository management as a core component of all your workflows.

For Debian, you can use Aptly, for RHEL-based distributions there’s Pulp which works in a very similar way.

Simple workflow can consist of 3 environments (but there can be more depending on company’s use-cases). 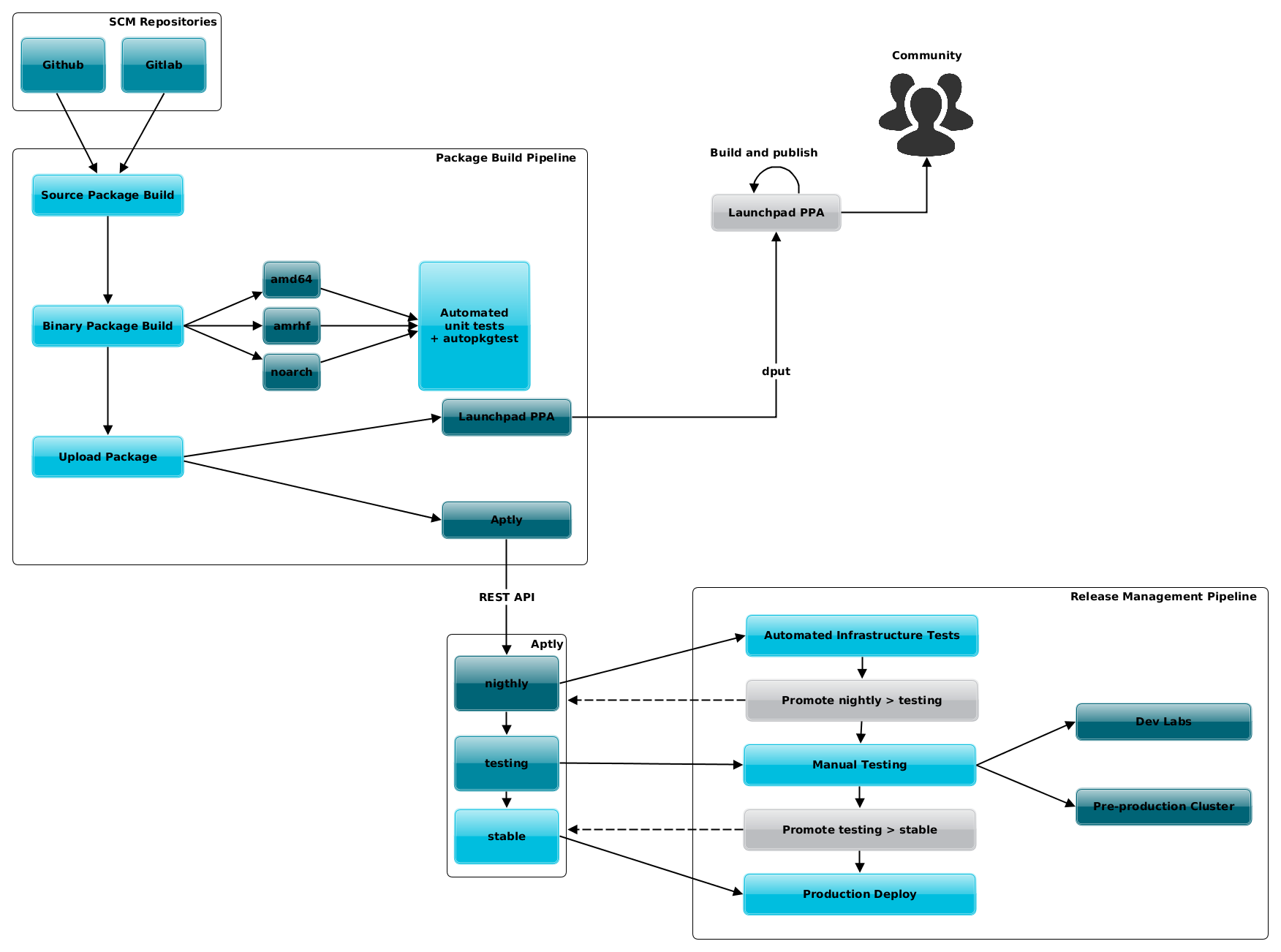 This workflow covers packages from all sources:

When using Aptly, you can automate these workflows using it’s REST API. This can be done by re-using aptly-publisher which is CLI tool for management of Aptly publishes and designed for workflows similar to one described in these paragraphs. 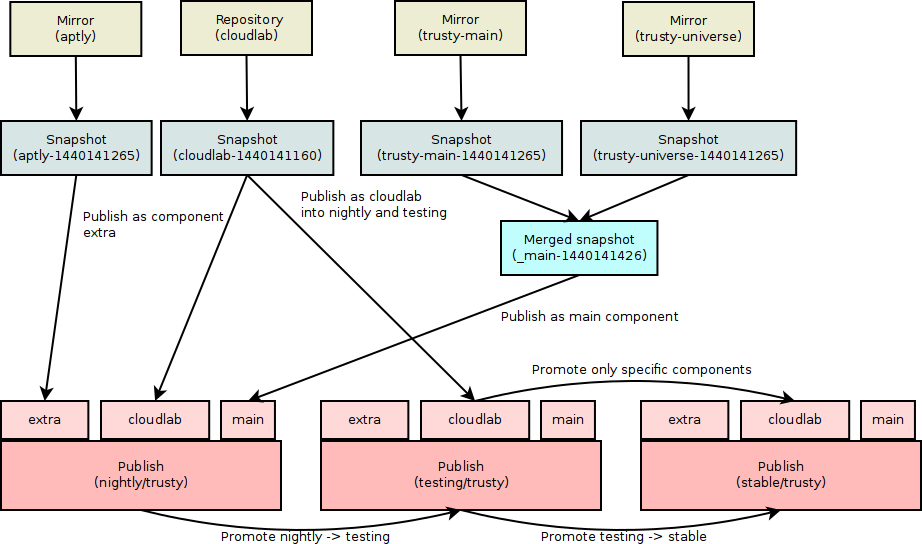 This way, your private Docker registry will always reflect state of your packages repository. You can always deploy up-to-date myimage:stable or you can apt-get install myapp on VM or bare-metal and you will get the same result. You are still maintaining software in the same way for all ecosystems (no matter if it’s container, Docker, VM or bare-metal) as you did before but wich much easier deployment and integration testing thanks to advantages of Docker. 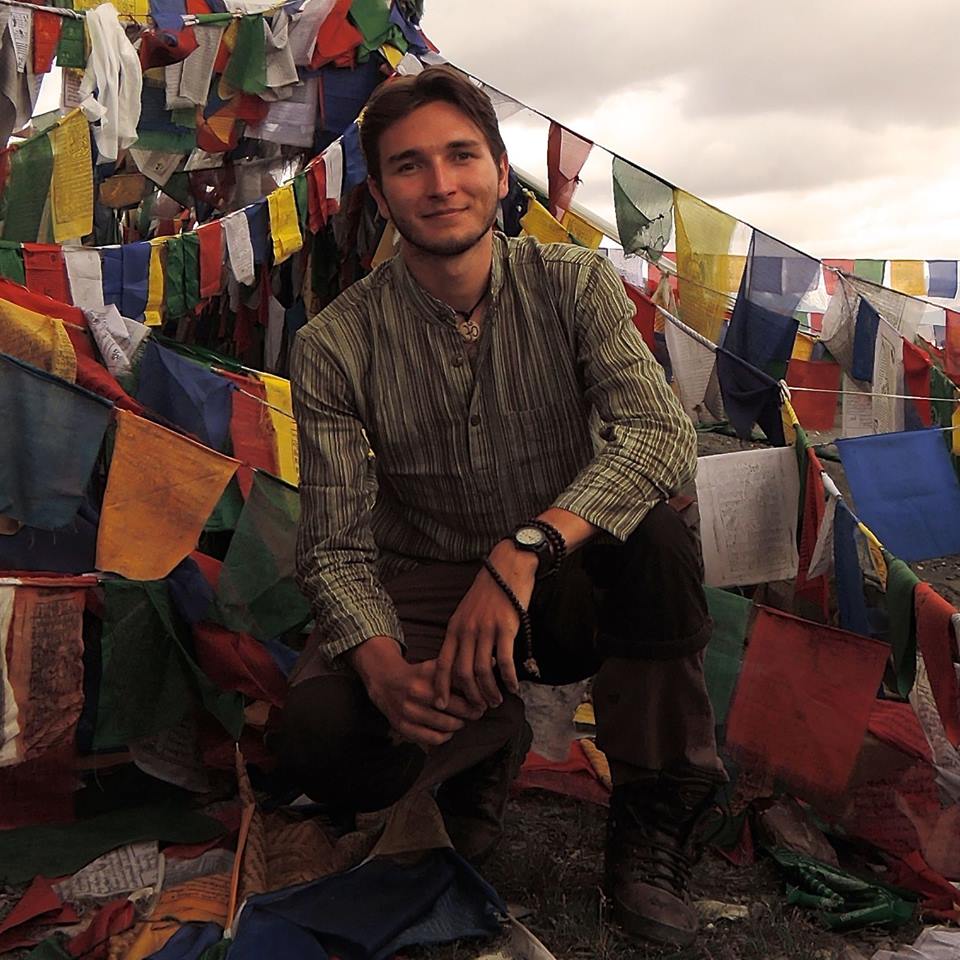